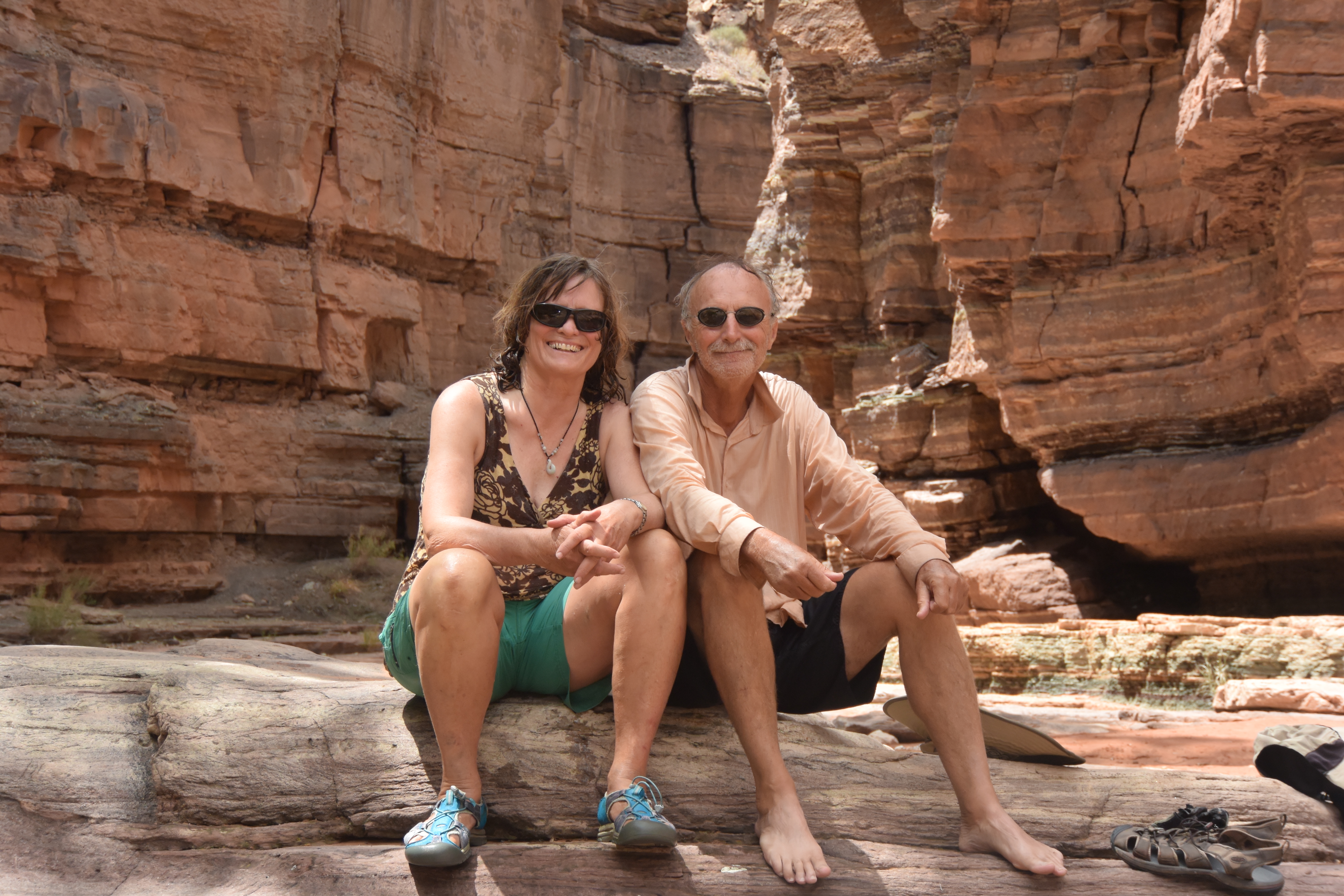 Where are you from?  Your professions?  We live in Jim Thorpe, PA. Paul is the founder and president of Pocono Whitewater Rafting. Cleo owns PW photos, which does the promotional and souvenir photos for the rafters, as well as various other projects.

Where is your favorite place to paddle? The Colorado River through the Grand Canyon. Paul has done expeditions there nine times, and Cleo eight. We have paddled on all seven continents, and the Grand Canyon is the most consistently spectacular.

What’s the most interesting thing that ever happened to you on a paddling trip?  That would have to be the time on the Omo River in Ethiopia when we were attacked by a hippopotamus. It was a hot day and the water was low. Three of us were taking turns rowing a 14-foot raft. The raft seemed like it ran up on a rock in the middle of the river, but suddenly the rock rose in the water, and we realized we'd rowed over the top of a hippo that was coming up for a breath

The hippo turned its head over its shoulder and took one giant bite, which went through the top of the outside tube, and the floor of the raft, narrowly missing our legs. Luckily the hippo didn't like the taste of the raft, and didn't hang around. We were able to get the raft over to a campsite and had enough raft patch material with us to repair the damage and continue our 30-day trip.

Can you describe a Paddle Florida trip highlight?  Our most memorable moment from a Paddle Florida trip would be towards the end of the Suwannee. I'd had several conversations with Floridian paddlers who told me the terrain wasn't right for gators, and as long as you stayed out of the water at dusk it was safe to swim. I was paddling in the front of our canoe, the water was exceptionally clear, and I was watching for turtles or fish, or whatever might be in the water. I wasn't seeing much, until suddenly, without making a sound, a gator that was bigger than our canoe crossed the river directly under us. Thank God the river was deep enough for both of us!